Review your situation and provide a legal understanding

Develop strategies for the course of legal action

Positively influence the final judgment for your benefit

Book An Appointment
Call Us Now 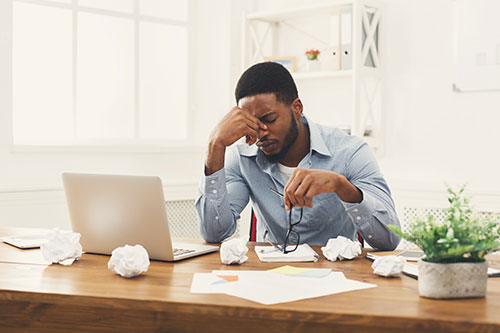 You’ve come to the right place. If you are involved in an employment dispute or face an adverse action by your employer, an employment lawyer can help.

Employment lawyers protect the rights of employees and determine violations of federal and state anti-discrimination and harassment laws, and employment agreements.You’ve come to the right place. If you are involved in an employment dispute or face an adverse action by your employer, an employment lawyer can help.

Employment lawyers protect the rights of employees and determine violations of federal and state anti-discrimination and harassment laws, and employment agreements.

Looking for a Employment Lawyer?

Our lawyers are ready to listen to your story, asses your chances and provide you the feedback with the options available to you.

WHY EMPLOYMENT LAWYER ARE NEEDED?

No one employee can stick their head up and complain without fear of retaliation. Anyone in any workplace knows how that works in the face of staggering amounts of illegal retaliation. lawyers are needed,” To make worker right real and to give them the courage to stand up in the future”.

Fair Severance or Pay In lieu of Notice 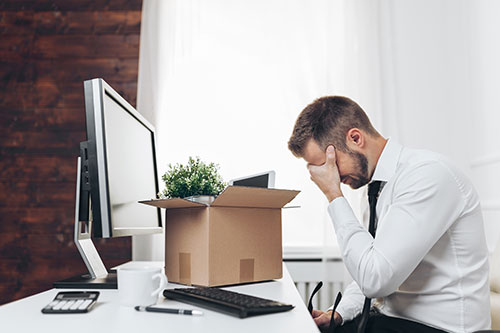 Employees should be aware that they cannot sue an employer for wrongful dismissal and file a claim for termination pay or severance pay with the ministry for the same termination or severance of employment; an employee must choose one or the other. Employees may wish to obtain legal advice concerning their rights.

The basic principle in awarding damages for wrongful dismissal is that the terminated employee is entitled to compensation for all losses arising from the employer’s breach of contract in failing to give proper notice. The damages award should place the employee in the same financial position he or she would have been in had such notice been given: Sylvester v. British Columbia. In other words, in determining damages for wrongful dismissal, the court will typically include all of the compensation and benefits that the employee would have earned during the notice period.

Damages for wrongful dismissal may include an amount for a bonus the employee would have received had he continued in his employment during the notice period, or damages for the lost opportunity to earn a bonus. This is generally the case where the bonus is an integral part of the employee’s compensation package.

Fair Severance or Pay In Lieu Of Severance

Many employers provide severance packages to employees who are laid off. These packages often give employees about to lose their position much-needed financial and medical insurance support for a certain period of time. However, depending on the terms of the particular severance agreement, a person may be waiving legal rights they otherwise have. Having a Lawyer review your severance agreement before you sign it may be critical for protecting your rights.

When receiving a severance agreement, an employee simply sign the agreement, and wrongly assume that they are “lucky” to receive the package. However, in many cases, not only is this agreement not the best possible one an employee can receive, but may prevent them from taking legal action that they could otherwise have pursued. In fact, in many cases, employees should be considering taking one of the following actions: 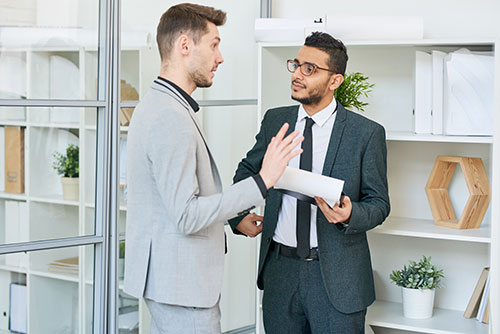 If you are an employee who was terminated and offered a severance package, taking legal action might be in your best interest.

An employee who is successful in establishing that a constructive dismissal has occurred would effectively trigger his or her termination entitlements under a contract of employment or, absent a contract with a valid termination provision, at common law.

What is Temporary Lay-off?

Employment Standards Act legislation in Ontario and the Canada Labour Code in Canada, provides employers with the ability to temporarily lay off an employee without triggering a dismissal for purposes of such legislation. Where an employee remains on layoff beyond the maximum permitted duration for a temporary layoff, the layoff will be considered a termination and will trigger the employee’s statutory entitlements to pay in lieu of notice of termination (and, where applicable in Ontario and under the Canada Labour Code, severance pay).

​ESA and Canada Labour Code may provide comfort to the employers that they are not running afoul to the legislation. it will, not protect an employer from potential claims of constructive dismissal, except where an employee has an employment contract that specifically confers on the employer a right to temporarily lay off.

At common law, the risk will remain that a laid-off employee may allege that, by having been sent home without pay, their employer has repudiated or fundamentally breached their employment agreement.

Constructive dismissal claim arising from a layoff will also likely depend on: (a) whether any benefits or payments are continued by the employer during the layoff period; (b) the duration of any layoff; and (c) how the need for the layoff is communicated to the employee.

Pension standards deal more exclusively with the arrangement of funds to provide individuals with 11
economic support when they are no longer earning a regular income from employment. 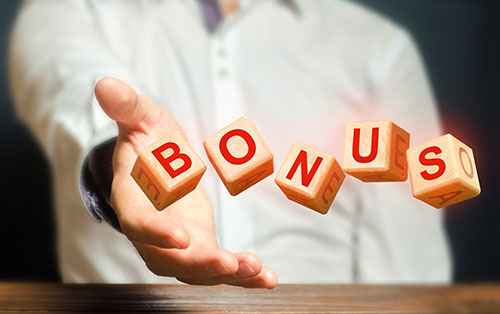 Benefits can include retirement benefits as well as insurance plans (health, dental, life, etc.), daycare and tuition reimbursement plans, sick leave, and vacation (paid and non-paid). Pension standards deal more exclusively with the arrangement of funds to provide individuals with 11
economic support when they are no longer earning a regular income from employment.

Damages for wrongful dismissal may include an amount for a bonus the employee would have received had he continued in his employment during the notice period, or damages for the lost opportunity to earn a bonus. This is generally the case where the bonus is an integral part of the employee’s compensation package.

The Ontario Human Rights Code protects people from discrimination under the ground of age. The Code defines age as 18 years or older. However, persons age 16 or older are also protected from discrimination in housing if they are not living with their parents.

This is discrimination that occurs through another person or organization. For example, companies asking their managers not to hire employee from some particularly ethnic background. The company is using the manager to carry-out the discrimination.

Sometimes a rule or practice that is applied to everyone in the same way might affect one group of people differently and can lead to unequal treatment. This is called constructive discrimination. Here are some examples:

Harassment happens when someone shows a vexatious (which means distressing or annoying) pattern of doing or saying something based on a person’s disability that they know, or ought to know, is unwelcome.

Example of Harassment: The Ontario Court of Appeal found that when a woman suddenly lost her hearing, her employer subjected her to a “campaign of abuse” that included “publically belittling, harassing and isolating [her] in ways relating to her disability.” The Court also found that in addition to being denied any accommodation of her disability, the woman’s employer also “took specific steps to increase the difficulties she faced as a result of her not being able to hear.” The Court awarded damages for breach of the Code.

It is against the Code for a person to be punished or threatened with punishment because they try to enforce their rights under the Code (for example, by making a complaint). This is called reprisal (or “payback”).

Protection from retaliation in compulsory to protect the employee otherwise the laws prohibiting harassment and discrimination would be very difficult to enforce. After all, if an employee could be fired for making a complaint, very few employees would be willing to report problems. The Supreme Court has issued a series of decisions in retaliation cases that side with employees. 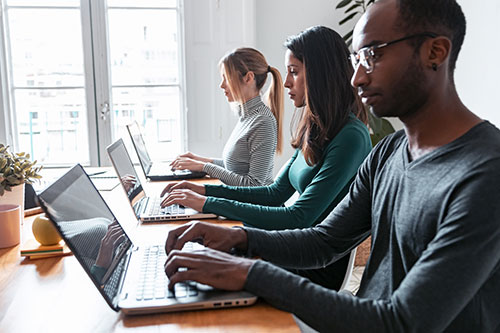 If you file a lawsuit for retaliation, you’ll have to prove three things: 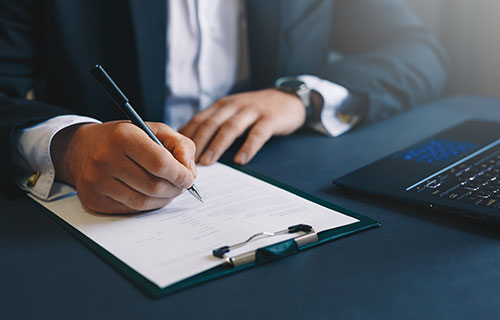 If the agreement you have is a binding contract it can be enforced either through an arbitration clause or in court.

Maximum dispute is with respect to bonuses, commission, salary, stock plan participation, non-compete and cause for termination and length of employment.  If your agreement provides for arbitration or if your employment is with a company in the financial industry, it is likely that arbitration will be required to enforce the agreement.

If you currently have an employment agreement with a non-compete clause or language covering the non-use of your employer’s confidential or proprietary information, before accepting new employment it would be a good idea to have a lawyer review the agreement to find out if your new employment may be considered a breach of the current agreement.

if you receive a letter or court papers asserting that you have breached a non-compete clause or a confidentiality clause see the lawyer for the legal advice.

You will be only entitled to EI regular benefits if you: 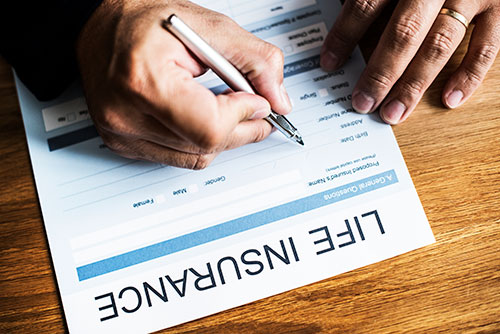 If Service Canada denies EI benefits, or does something such as ordering that EI benefits received are to be repaid, or sends a warning letter, or imposes a penalty of any kind, you should contact an employment lawyer who specializes in EI disputes.

Sexual harassment, a form of gender discrimination, in the workplace it is prohibited by Ontario Law, and federal laws. While women are most frequently the victims of sexual harassment.

The law prohibits inappropriate or unwelcome physical contact, including touching, kissing, hugging, standing too close or intentionally brushing up against a person, sexually explicit or suggestive comments, jokes, teasing, or innuendo, commentary or questions about your sex life, body, or clothing, inappropriate “complements” about looking good or other physical characterizes, verbal abuse or derogatory comments of a sexual or gender-specific nature, or staring, leering, whistling, or obscene gestures, discussion of sexual exploits, lewd behavior, name-calling or displaying, posting, or circulating in the workplace emails, pictures, cartoons, or other written or graphic material of a sexually-explicit, demeaning, or obscene nature, and the use of threats, coercion or promises of benefit to obtain sexual favors among many other inappropriate behaviors.

If an employee makes a complaint about being sexually harassed, it is illegal for the employer, its managers, supervisors or rank and file employees to retaliate against you. Unlawful retaliation can involve discharge, suspension, discipline, change of schedule, denial of a promotion, cut in pay or change in responsibilities or other terms and conditions of employment.

Had a great experience working with Mr. MinhasI did my spousal sponsorship through there law firm and his professionalism expertise was amazing an excellent law firm. Many thanks to them, who assisted us. Very professional. Outstanding service. I strongly recommend using their expertise.

Manpreet Minhas, Rupinder Minhas, and their team were extremely professional and provided great guidance through my entire transaction/matter. They were always very informative and very prompt to reply. Truly felt they had my best interest throughout the entire matter. Would strongly recommend Minhas Lawyers to anyone.

Minhas Lawyers are very professional and hold very high standards. This is my 5th year with them. They have helped me in Real Estate, Will and Estate, and immigration matters. Recently they have worked on our family estate matter and we are extremely happy from their services. Top Lawyers. Highly recommend.